Inici > Blog > The real difference between some and any. 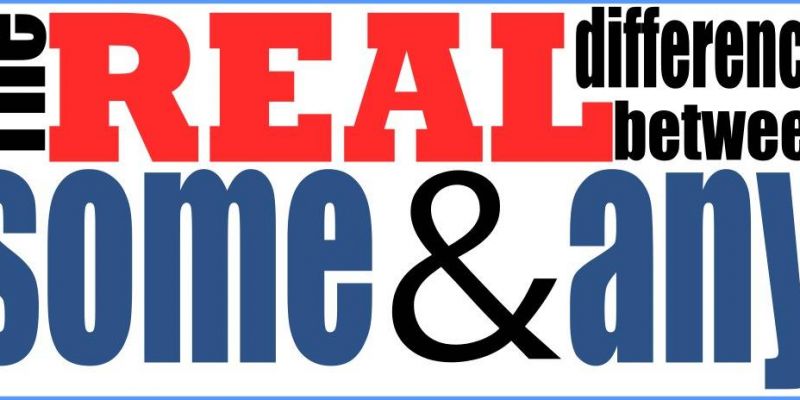 The real difference between some and any. -- Textbooks generally present the difference between some and any with the rule, 'Use some for positive sentences and any for negatives and questions.' And everyone's happy. The teacher's happy because he's given a simple explanation of something students often have trouble with and the students are happy because they have a simple rule to follow and they'll never make a mistake with some and any again. What joy!


Firstly, if you read the textbooks and grammar books closely you'll notice they say something like, 'We tend to use some with positive verbs and any with questions and negatives'. It turns out the rule isn't a rule at all, and as soon as you open a book or listen to a native speaker you'll meet things like:

All these examples break the 'rule' but are perfectly grammatical.

So, what IS the difference?


To use some and any correctly we must understand the difference between them, rather than blindly following a rule, which in this case is wrong.


If you asked a native speaker to illustrate the difference between the four sentences in the diagram below, they'd probably draw something like this: 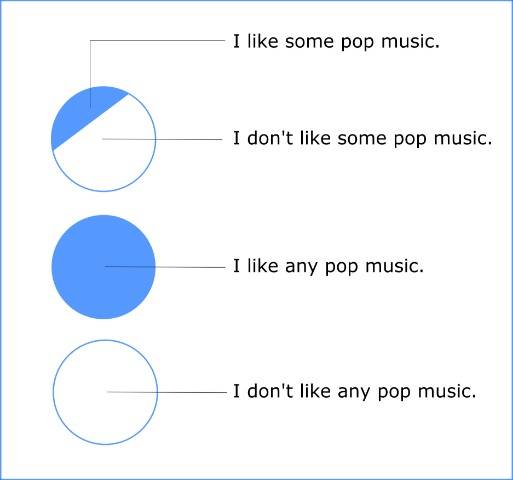 This is a good way to show that some always refers to a part. Any, on the other hand, means 'it's not important which' and relates to the whole.


Consider the difference between these responses to the question, 'Where do you want to go on holiday?'


In the first response, the speaker has a mental image of one place which is sunny. In the second, the image is of all the sunny places in the world and she doesn't mind which one she goes to.

Some and any in questions


We can use both some and any in questions. The difference is in the answer we expect.
Consider the difference between:


Again, we see that any is general while in the second example it seems that the speaker has a specific person who he suspects has called.

Some extra advice – Anything is positive!


Teacher – 'What did you do at the weekend?'